Well, I figured that I might as well put up a furry themed art thread up here for anything I try out, especially since I’m still looking for tips and advise as I go along!

Here are some of pieces I have done so far, with an early practice and more based on my own Fursona of Kili Kingsley (though I might do more with the full body in the future). As a bonus, it doubles as a timeline with what I have gone on to do so far. 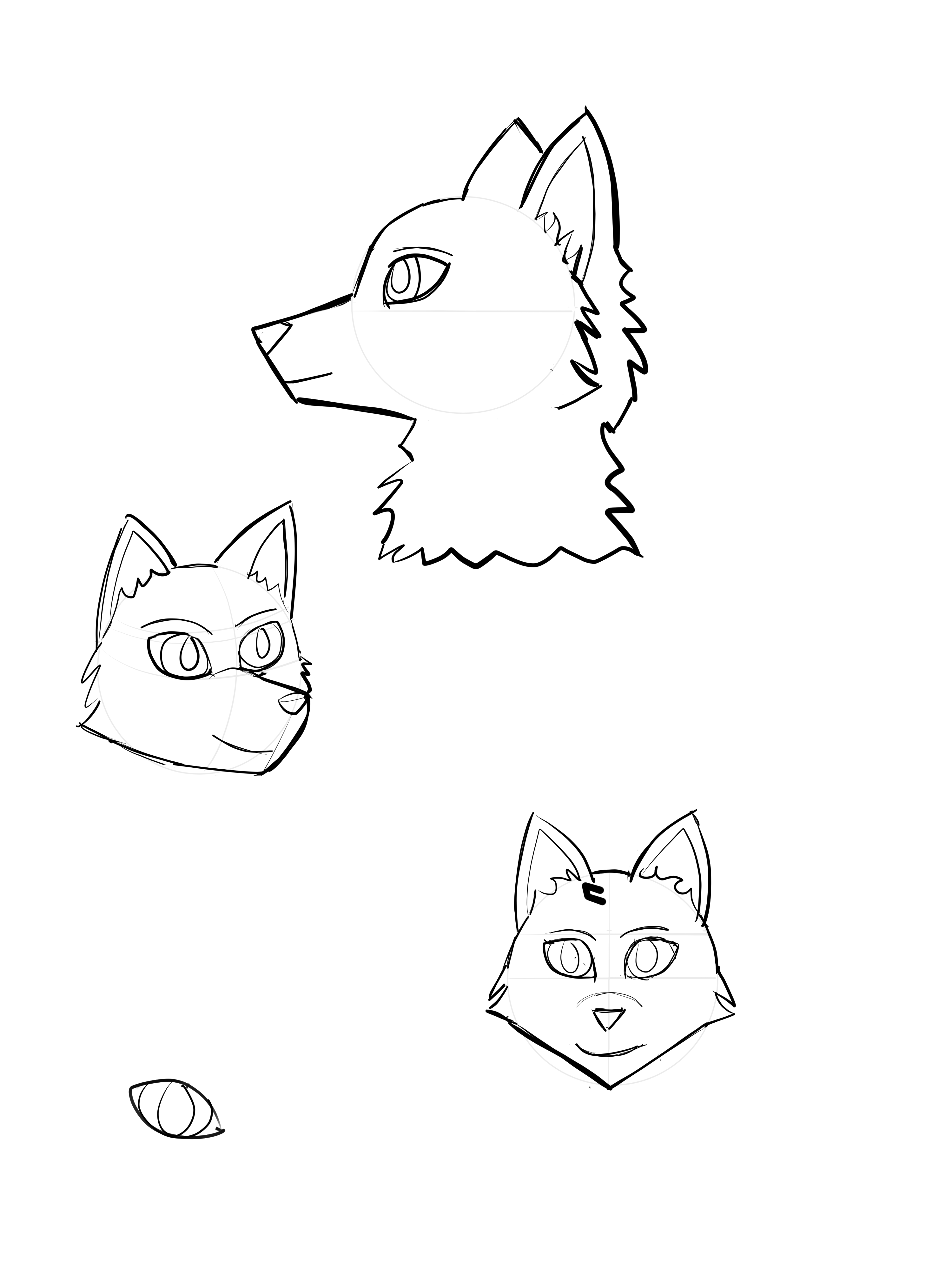 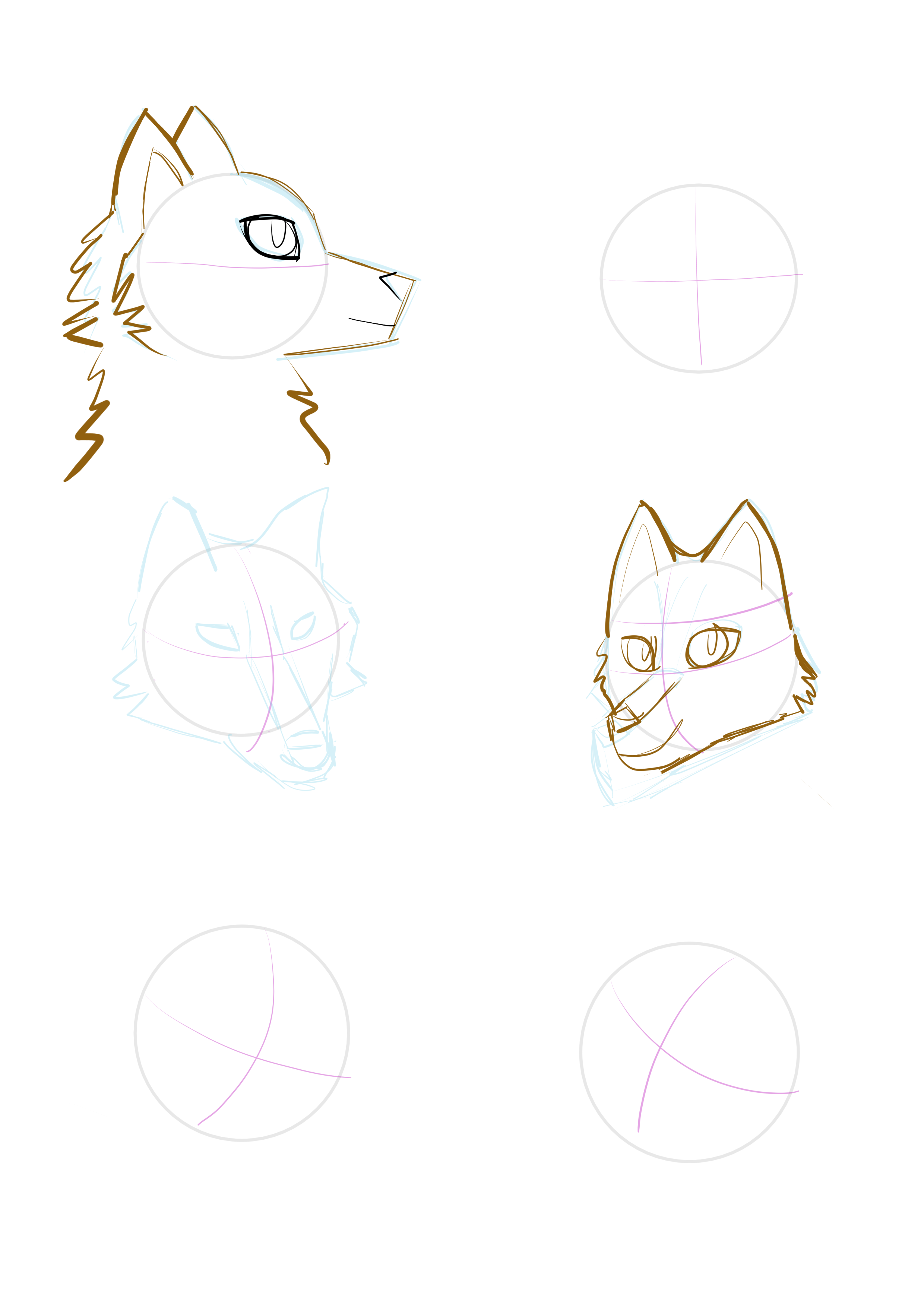 So first off, I just did some regular sketches of wolves heads. Now granted, I did some practice runs with real life wolves, but I started to stylise them quite early. 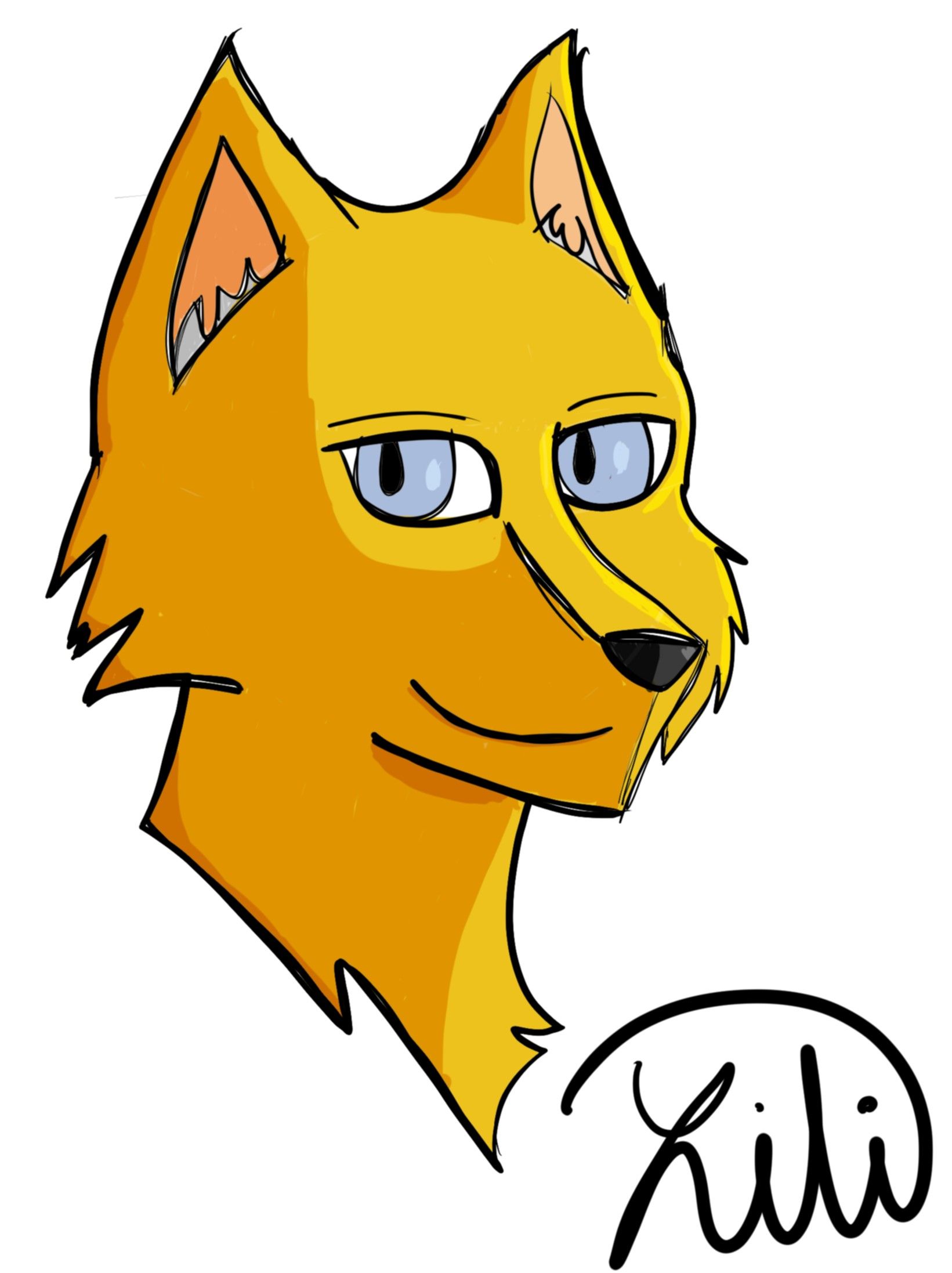 Afterwards, I figured that I would aim a little bit higher. Hence I started actually colouring in the head and actually applying a bit of shading to the actual design. The result is very rough, but it has served as a way of just getting the actual dimensions and scale just right. 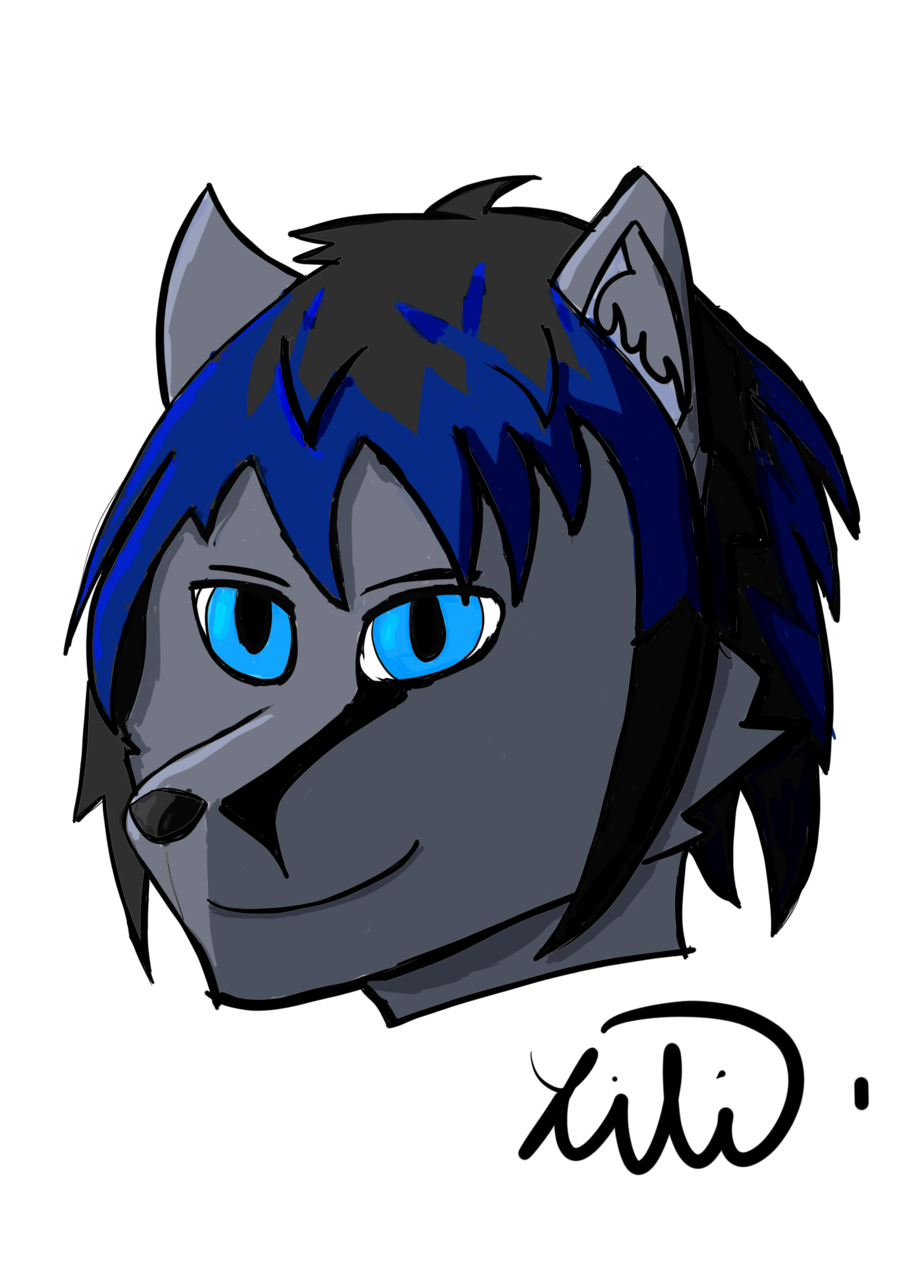 I later moved on to my actual fursona, Kili. Which meant I had to start learning how to draw hair. The result is again, very rough, and those eyes are giving me nightmares just looking at them, but it is baby steps forward. 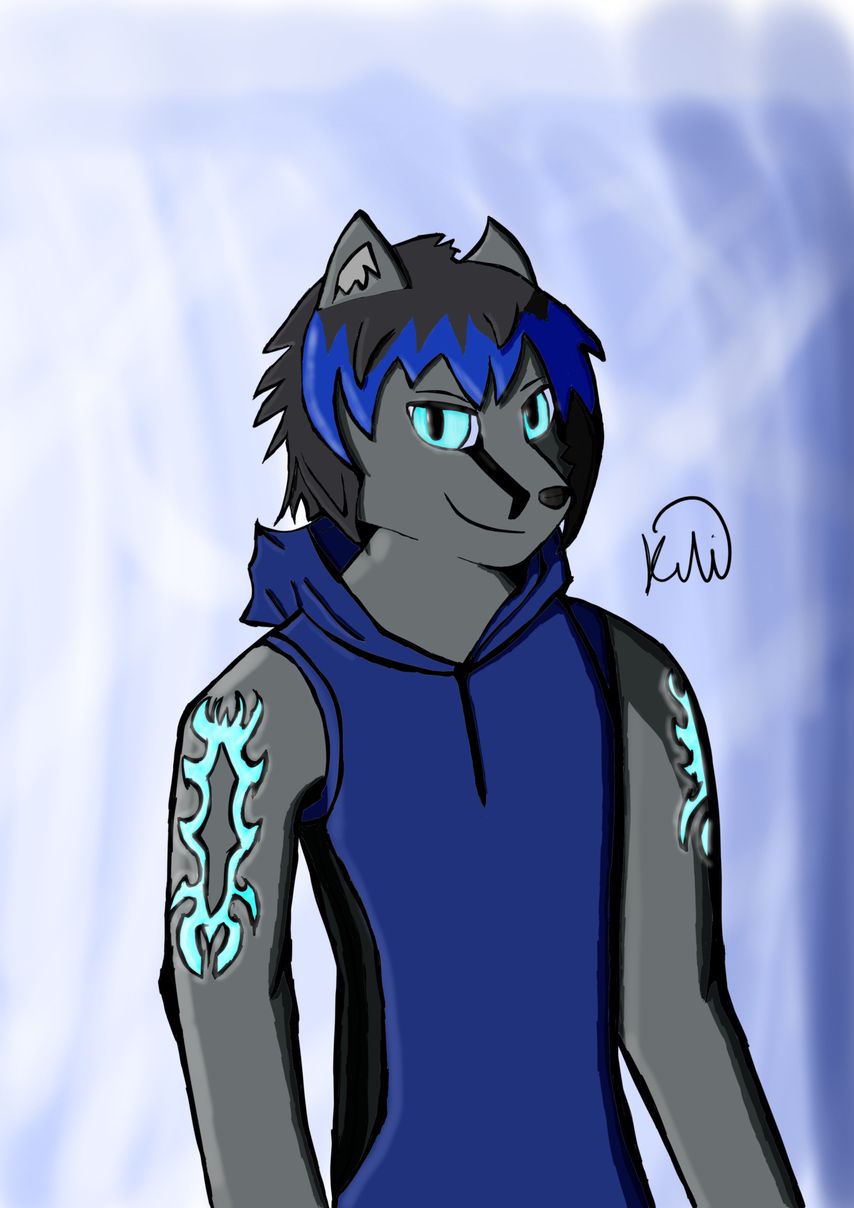 I make a bigger leap forward and started working on a half body with the same character, and figured that I would at least be neater for one, and two, try and be a little more experimental, and I make some pretty big gains in that regard. I managed to do a neater job with the whole thing and started experimenting with actual glow effects on the character, namely the tattoos and eyes with a soft airbrush, which seemed pretty cool at the time! Body shape was still very awkward but it was my first attempt at a halfbody. 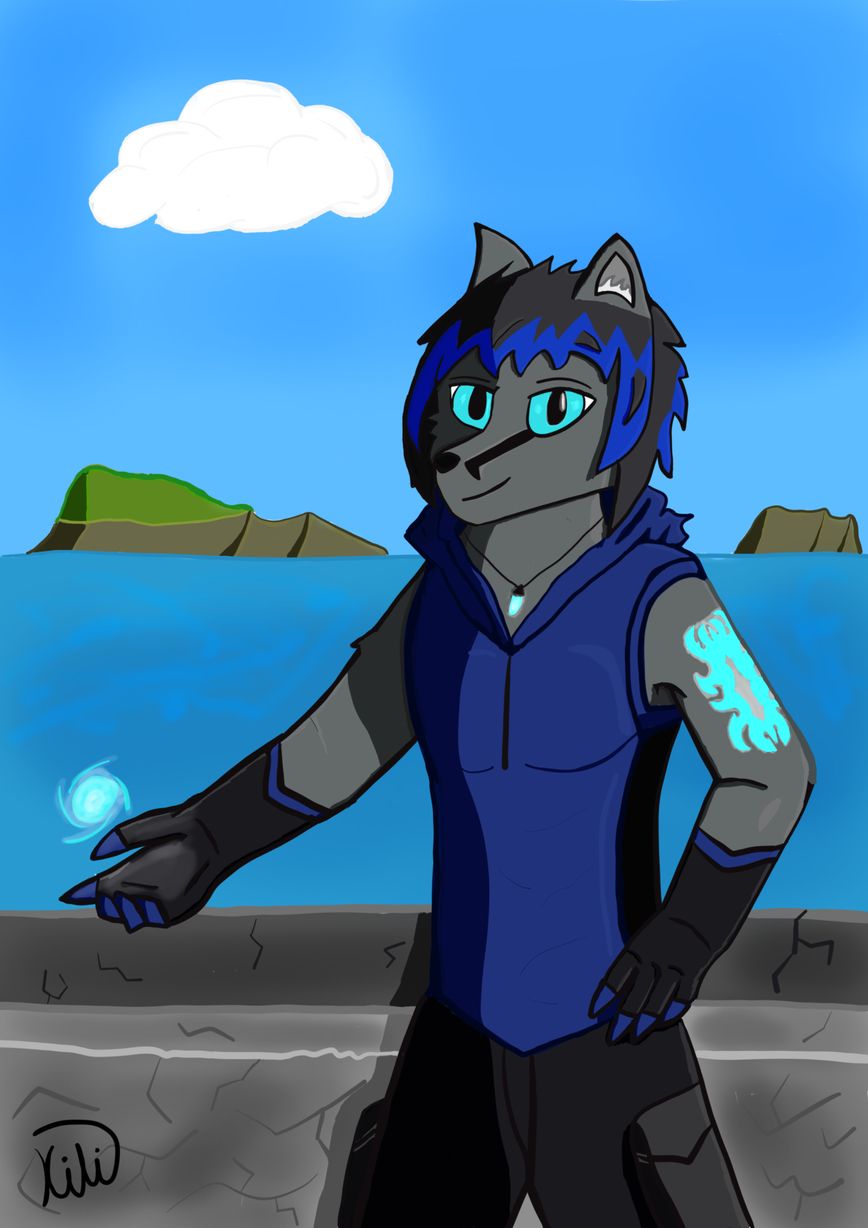 I took a particularly big leap with the second halfbody, planning on doing better with body proportions, colouring and a coloured background. Whilst the background does look like something a child would draw, it was still another good leap forward. I was getting better at the body and the head was starting to get a bit better as well. I did get a bit too carried away with the glow effect though, and started to wind it down afterwards. 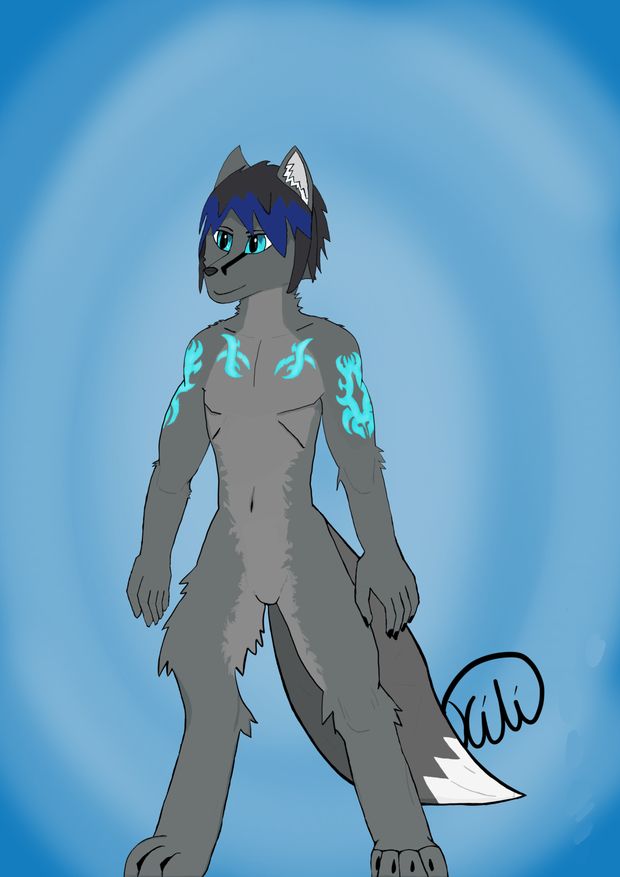 Eventully, I finally took the leap and decided to do a full body, complete with a decent try and doing a body right. And for the most part, I succeeded. Sure, the muzzle is a bit big and the right leg is a bit fat and straight, but for something I wasn’t planning on doing much shading on, it came together quite well in the end. I might still do more with it, but with the shading done, I doubt I can do much. I toned down the glow effect of the tattoos, but still used a little bit of airbrush to give them a somewhat ghostly effect. I also started messing around with pattern textures, such as the stomach fur area and managed to get the upper body drawn just right (even though my hands are still trash). I also came across a pretty nifty trick I could use to give the eyes a much better texture, giving them a much more 3D look. 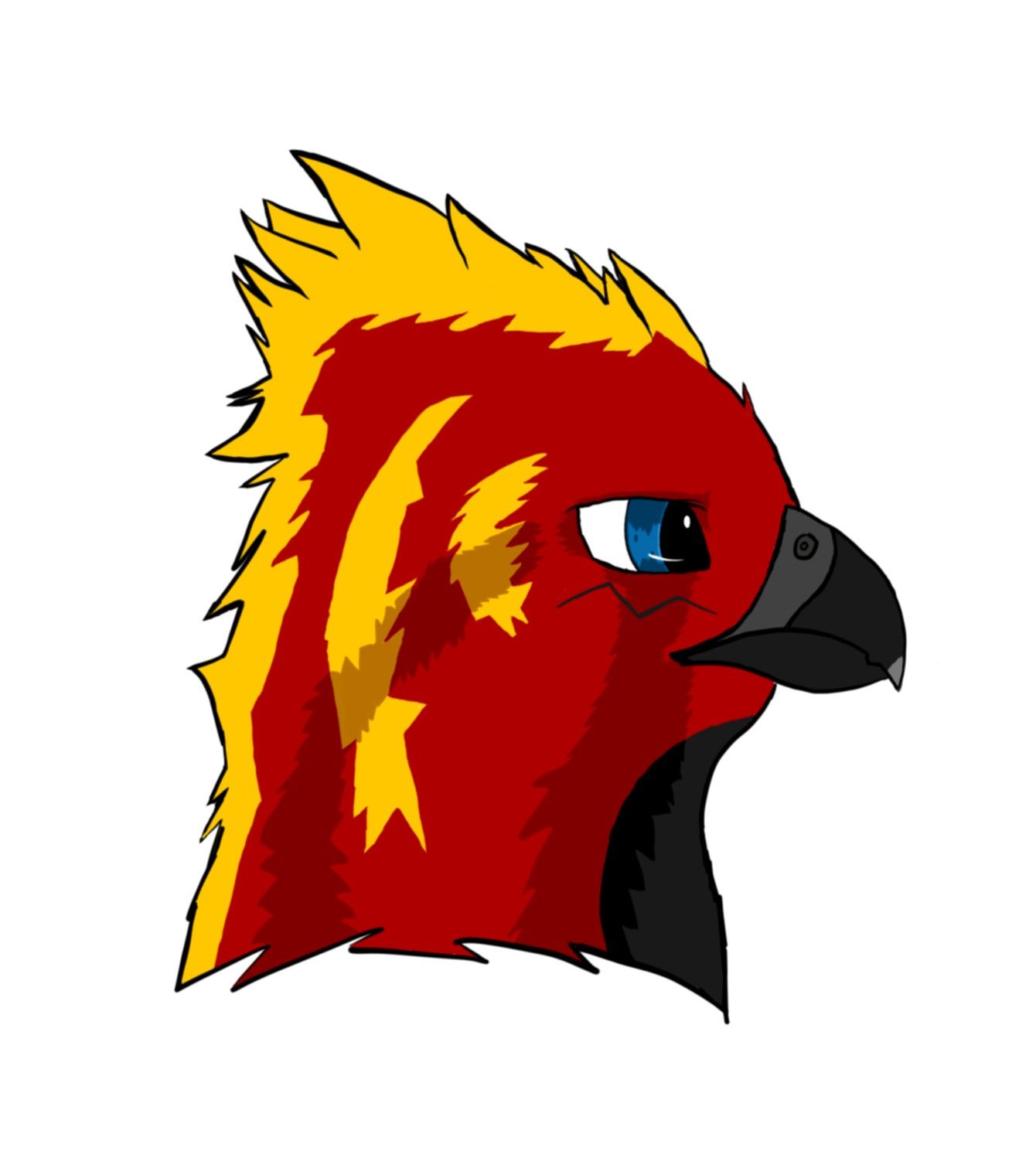 And here is my current WIP, which is part of a pseudo-reference sheet for a new character I am working on, a phoenix modeled after a falcon and an old school logo. For only my second try on a bird head, it’s so far come out very nicely! I decided also to take a page out of the eye trick from the full body, making the best eye I have done so far. I also went further, and use a similar trick with the feather’s to give it a less flat look. Currently just pondering what else I could do with this beyond some kind of shading on the head and highlight on the beak.

The oldest sketch shown here was done all the way back in April 2020, so nearly a year on, and I’ve managed to make some improvement.

Let me know what you think, and pointers or critism you can think off.