The cardinal sins, also known as the deadly sins, are a set of seven broad categories of sin. These are not the only forms of sin however. The inverse of these sins are virtues, aspects of what one should aspire to be. Sin is natural and expected, and one is no more flawed than any other for bearing sin. One should still seek to improve himself, and to do so requires understanding himself.

With that said, I’ll try to keep the theology to a minimum since many people find it disagreeable. Here are my subjective understandings of the seven sins:

Envy – Envy is the state of being discontented with what one has. This is not the same as accepting one’s lot in life. Obsessing over having a bigger and better life no matter how good and comfortable it may be.

Gluttony – Gluttony is the overindulgence of material pleasures and excessive pursuit of hedonism. Often thought of as food, gluttony can be nearly anything. While it may be simply overeating, it can also be drinking, smoking, consuming other recreational substances, engaging in recreational activities such as TV, video games, and physical games to the detriment of one’s health, and even adult-oriented pleasures.

Greed – Similarly to envy, greed is not being content with what one has. Where it differs however is the methodology of wanting. Greed is often thought to be desire for monetary wealth, but can manifest in a number of other ways. It can be always wanting more friends, partners, status symbols, resources, or even sentimental objects. This sin is committed by not being happy with the good one already has in life, no matter how good life can be for him.

Lust – Lust is the act of loving someone too much. Often thought to be sexual in nature, lust is not required to be sexual or even romantic at all. Typically this is a more religious type of sin, as it is the act of loving someone or something more than God. This does not require the strong emotional feelings of love itself, but merely the devotion to another over God. For true Christians, this sin can actually be rather difficult to fulfill, as loving others and devoting oneself to them is virtuous on its own and is an extension of loving God. One might think of this as tying the reason for his existence to a single thing or person. “If I didn’t have X I wouldn’t have a reason for being.” Often lust is combined with another sin.

Pride – Pride is the act of being boastful and lacking humility. Often thought to be arrogance and similar behaviours, this can also be public acts of charity for the purpose of social credit or appeal rather than genuine charitable acts and refusing to serve others. Serving others itself can be a number of things, but is often demonstrations of kindness and humility to others.

Sloth – Slothfulness is the act of neglecting one’s natural skills and abilities and failing to uphold one’s own potential. Often thought of as just being lazy, slothfulness is to allow great talents and personal abilities to be underutilized. To create art, to play music, to write great works, or merely to console those in need. It can be anything from playing sports to doing well in academics. What matters is only that a person uses the skills he has to personal effect. Can be thought of as using the skills God gave you, even if it has been an ability developed over time.

Wrath – Wrath is the act of denying love to others. Often thought of as violent or hurtful acts, it is refusing compassion to others for any reason. This may be simply seeing people as tools or means to an end rather than ends in themselves, failure to forgive others, or simply not caring about other people. Judgment is reserved for the Lord. Lover thy sinner, hate thy sin.

No one is without sin. We as humans have a moral obligation to continuously improve ourselves and work towards virtue. The first step to solving a problem is identifying it, hopefully this may give some pause and thought. Feel free to speak to it here or elsewhere, but I would personally recommend one considers the aspects of his or her life in private.

We are all guilty of sin. Here are two of mine: Wrath & Sloth.

I hold others to evidently unrealistically high standards and consistently judge them for failing. I must try to see the humanity in others and realize they may have different priorities and purposes in life, and where I see failure they may see success.

I tend to try very little in life sometimes. Improvement need not be dramatic, but I should not waste my perceived abilities. I have not kept up my writing in quite some time. Whether as small personal short stories, writing in my journal, or something more, I have not made use of my ability as I ought to.

Hopefully some will find the read insightful or helpful in some small way. Theology is a small passion of mine and this has been a topic I wanted to write about for a little while and never really got around to. Disclaimer: This is not about or directed to anyone here on the FAF, sorry. 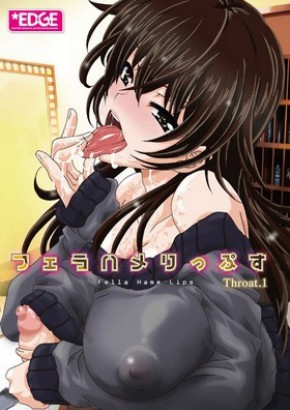